Geo-Joint: Mt. Vinson - The Top at the Bottom

Mountain climbing is not for those who depart their comfort zone as they drive away from a warm, sandy beach. Anytime you gain elevation, you are likely to see the temperature go down, and if you challenge a mountain of any respectable height, you’re going to get cold. World-class mountains get very cold indeed. There are lists of the tallest mountains—some continents claim several. But every continent has its own personal tallest, and they are on a different list known as the Seven Summits—an exclusive group that some climbers seek to check off their bucket list. To get warmed up, a good starting point might be Australia’s Mt. Kosciuszko, which tops out at 7,310 feet. It’s a mellow hike in summer, but it does snow up there in July—which is, of course, the middle of winter there. The other chart-toppers around the world’s continents are definite challenges, all the way up to the biggest of the big: Chomolungma, AKA Mount Everest. 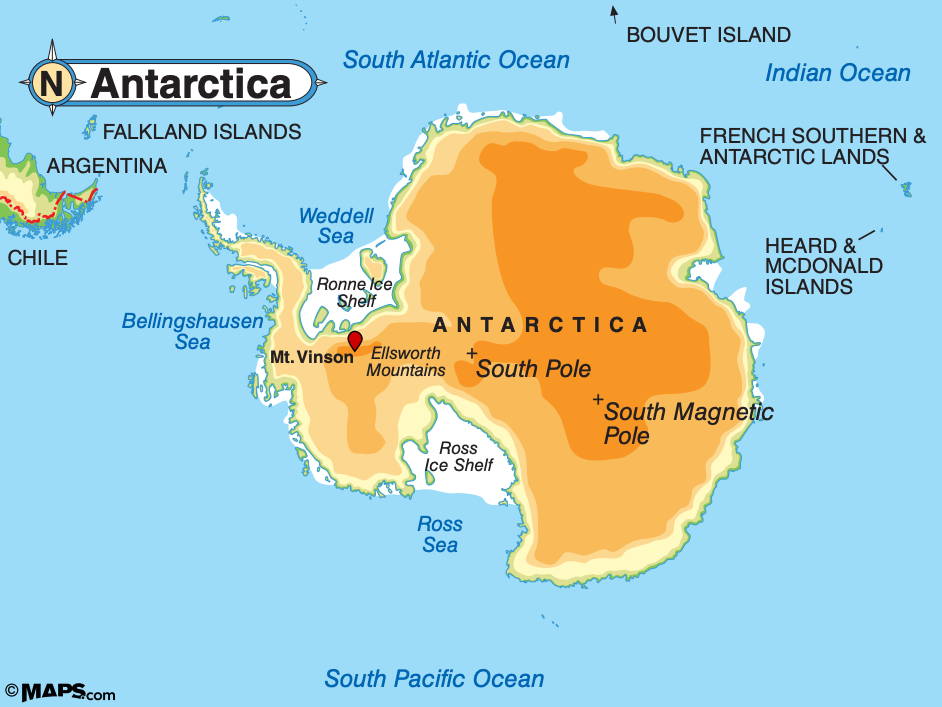 Antarctica, the land waaay down under. It’s cold country for a climb.

Anywhere near the top, all these mountains are deep in snow and ice at any time, but only one of the continents has its biggest mountain totally encased in the white stuff year-round. No surprise, it’s in Antarctica. Antarctica is buried in frozen water. Its land area is nowhere near as big as the large, roundish ice and snow mass we all recognize as the southernmost continent. Ice accounts for much of the area’s surface, and in places it is miles thick. The weight of that much ice actually presses some of Antarctica’s land below sea level, but it hasn’t kept the Ellsworth Mountains from making a bold wall of high land across the frozen landscape south of the Antarctic Peninsula. Within those mountains is the Sentinel Range, home of the Vinson Massif and Mt. Vinson, the highest point on the continent. 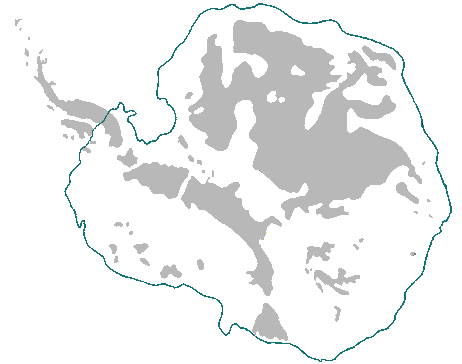 Antarctica’s area is mostly ice and snow. The land beneath is just a skeleton.

Mt. Vinson is 16,050 feet tall, which is respectably high, and it also has one of the world’s highest prominences, the measure of how it stands out from its surrounding terrain. Despite its grandeur, it was not discovered until 1957, though fliers glimpsed the Ellsworth Range in 1935. Most explorers had a different goal in mind when in Antarctica—the South Pole—which is more than 700 miles distant. After surveys confirmed it was the tallest peak in the range, the first summitting of the mountain was achieved in late 1966. Only around 1,200 people have made the climb, which isn’t technically difficult. One does have to schlep one’s own gear, plus a share of team supplies, as there are no hardy Sherpas down in Antarctica. Carrying that load is made easier by Mt. Vinson’s relatively gentle slopes, but the weather can be fierce. 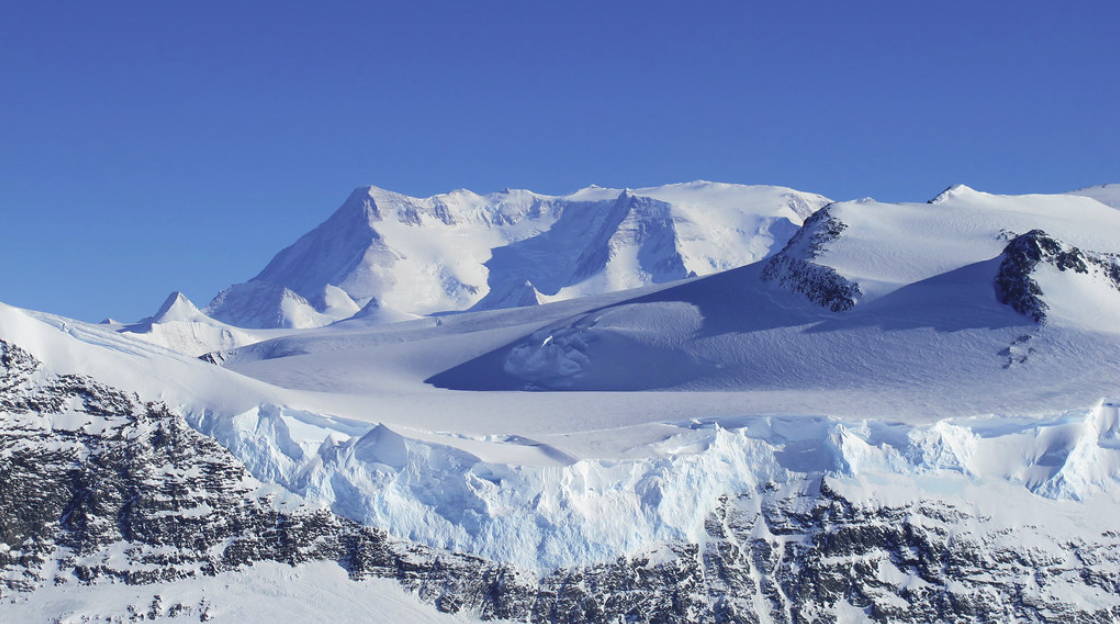 The Ellsworth Mountains are formidable, even in good weather. 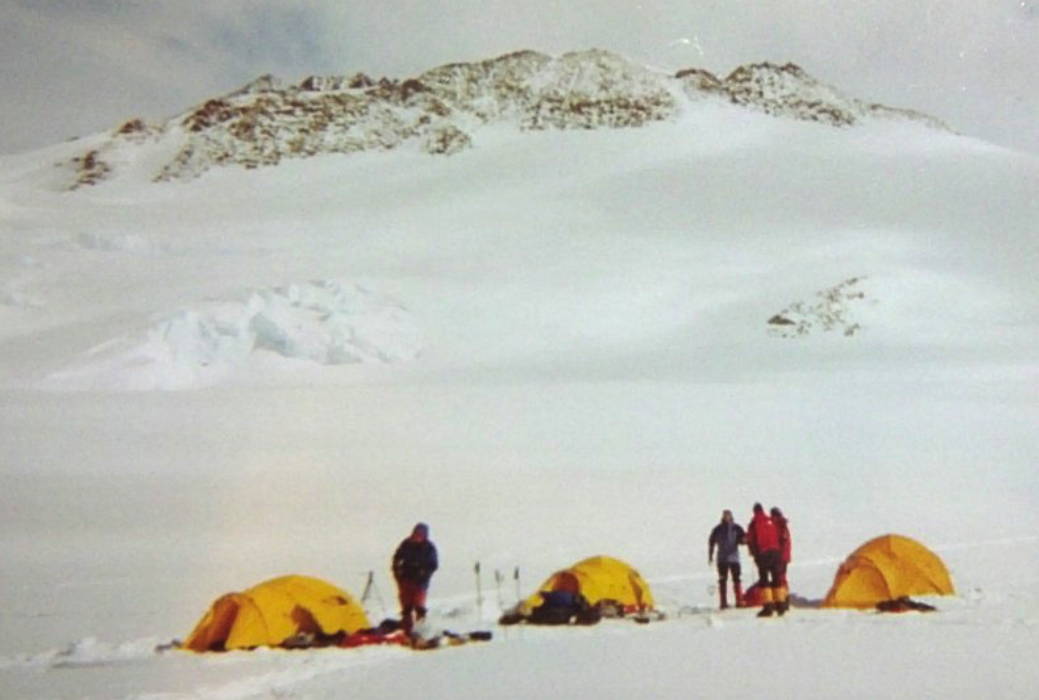 Mt. Vinson itself is mostly cloaked in ice and snow. 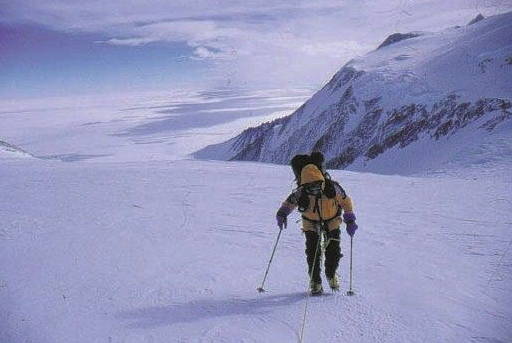 A lot of climbing Mt. Vinson is slogging across long, sloping snowfields, some parts steeper than others. 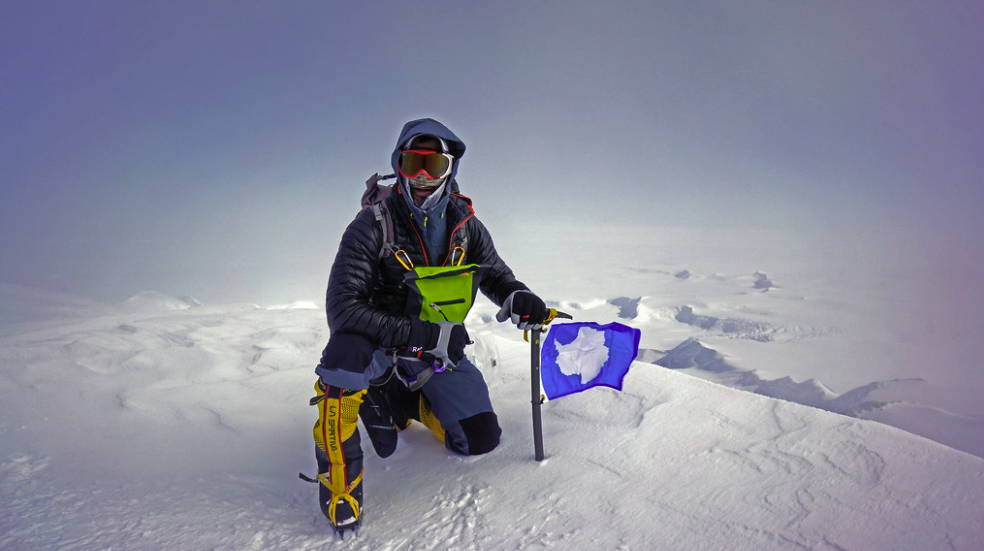 Once on top, it’s a commanding 360 degrees vista of ice and snow.

Common base camp temps average a balmy 10 to 25 degrees Fahrenheit during the climbing season. However, lows at that time can get down to -22F (-30C), and at the summit, the thermometer can register the same figure in either Farhrenheit or Celsius: negative 40 degrees. The winds are known to be epic, and bad weather can stall one’s ascent or descent for weeks. Even when back down, you may have to wait a while for the airplane that brought you to show up again. The travel from South America alone is quite an undertaking, so climbing Mt. Vinson is the province of the fit and wealthy, or those willing to deplete their savings for an iconic experience. Outfitters ask around $45,000 for their services from Punta Arenas, Chile and onward—many other expenses not included. Despite all these hardships, no one has died climbing Mt. Vinson, so far. Lots of frostbite, to be sure, but what’s a couple of toes or a pinky when you’re racking up bragging rights for a rare and remote climb?

Are you inspired to join the small club of those who have summited Mt. Vinson? Start planning your journey with this map of Antarctica by the British Antarctic Survey, available from Maps.com. When you’ve finished the climb, flip the map over and go see the Arctic! 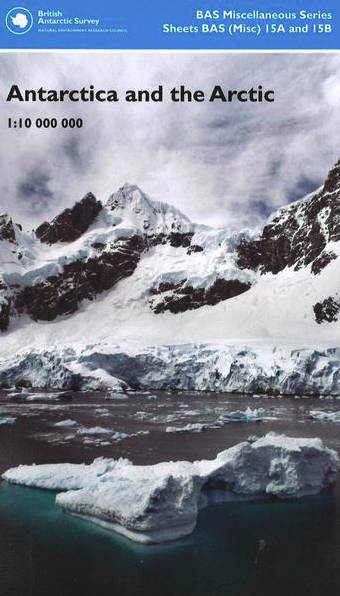 caption: Antarctica’s area is mostly ice and snow. The land beneath is just a skeleton.

caption: The Ellsworth Mountains are formidable, even in good weather.

caption: Mt. Vinson itself is mostly cloaked in ice and snow.

caption: A lot of climbing Mt. Vinson is slogging across long, sloping snowfields, some parts steeper than others.

caption: Once on top, it’s a commanding 360 degrees vista of ice and snow.