When I was a boy (I love that hackneyed, old-guy opener), I had a Ripley's Believe It or Not paperback that claimed, amongst a thousand other astounding gems, that Native Americans could see more stars than your average European. I don't remember the precise disparity between the two, though it was considerable. Now whether or not that assertion of superior visual acuity was or is true, the fact is that we all see the night sky differently. In a best-case scenario—clear skies in a dark location—estimates of the number of stars visible to the naked eye vary. But surely, regardless of the eagle-ness of your vision, there must be tens of thousands of them for the viewing.

Well, actually, the number isn't so large. Astronomers calculate that a star with a brightness of magnitude 6.5 is about the faintest that most of us can see without any aid under really good conditions. In a reference called the Yale Bright Star Catalog, the number of stars that bright or brighter is 9,096. That's not a count of the ones you can see on a given night from one spot, but rather all the stars visible from anywhere on Planet Earth. Of course, even on a good night, at any particular time, you'll only see about half of those 9,096, since you can't see the stars below the horizon. That number would only be approximate, given that the visible stars are not uniformly distributed across the sky, so you might get a a better display in one location or less at another. However, you also have to consider that conditions are not always perfect, and as you age, your ability to see faint light diminishes. Throw in some city lights, a full moon, and atmospheric muck, and pretty soon your total is seriously dwindling. That starry, starry night might only be serving up a few thousand points of light—a pretty paltry percentage of the estimated septillion stars (a one followed by 24 zeroes) in the detectable universe. 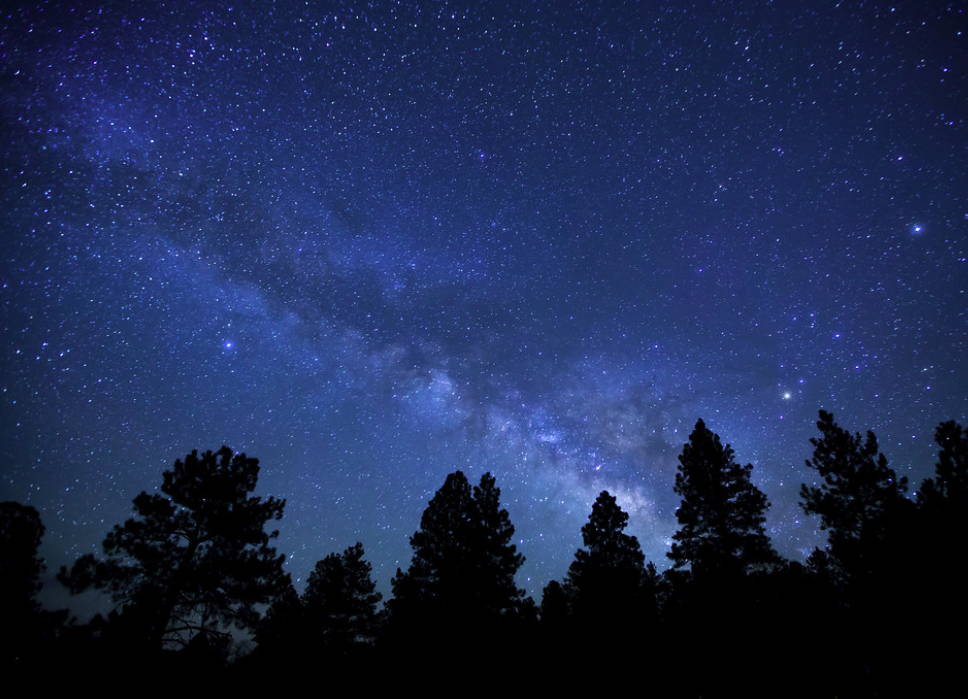 Skies like this were once common, but are now only enjoyed by those in rural or very remote areas.

Astronomers have calculated the relative brightness of all the stars found in the Yale catalog, but another scale measures the quality of the sky through which we observe the celestial show. This ranking of the atmosphere is called the Bortle Scale, a 9-level categorization that runs from can't-see-your-hand-in-front-of-your-face darkness to light pollution so bad you can't tell if it's night out there or daytime. Of course, they use much more scientific terminology, like Class 1, Class 2, Class 3, etc. But like the Mercalli Scale for earthquakes, there are narrative descriptions of the conditions that define the classes. These include the clear display or apparent dimness of well-known celestial features like the Milky Way, the M33 galaxy, and the Pleiades, and handy class categories like Rural Sky, Suburban Sky, and City Sky. The very best is Class 1, Excellent Dark-Sky Site, the kind of place photographers go to for those impossibly gorgeous dome-of-starlight images. At the other end of the scale is Class 9, Inner-City Sky, where there is an artificial glow that extends to almost dead overhead, and nothing but the moon, some planets, and the very brightest stars are visible.

What would the ancient Greeks, who had pitch-black nights to dream up the constellations we know today, think of our skies? The brightest thing they had to deal with at night was maybe a bonfire, which could be left far behind in mere minutes by foot. The growth of cities probably didn't affect things much until the advent of electric lighting. But once we had figured out how to illuminate our own way, it was game over for pristine night visibility for anyone in an urban area. Not only are cities easily recognized from space, but you can see the outlines of whole geographic regions in the glowing infrastructure. Automobiles and trucks, running nonstop all night, add another hefty dose of light, but you'll likely need one of those conveyances to get far enough away from the radiating cities for a clearer view of the sky. 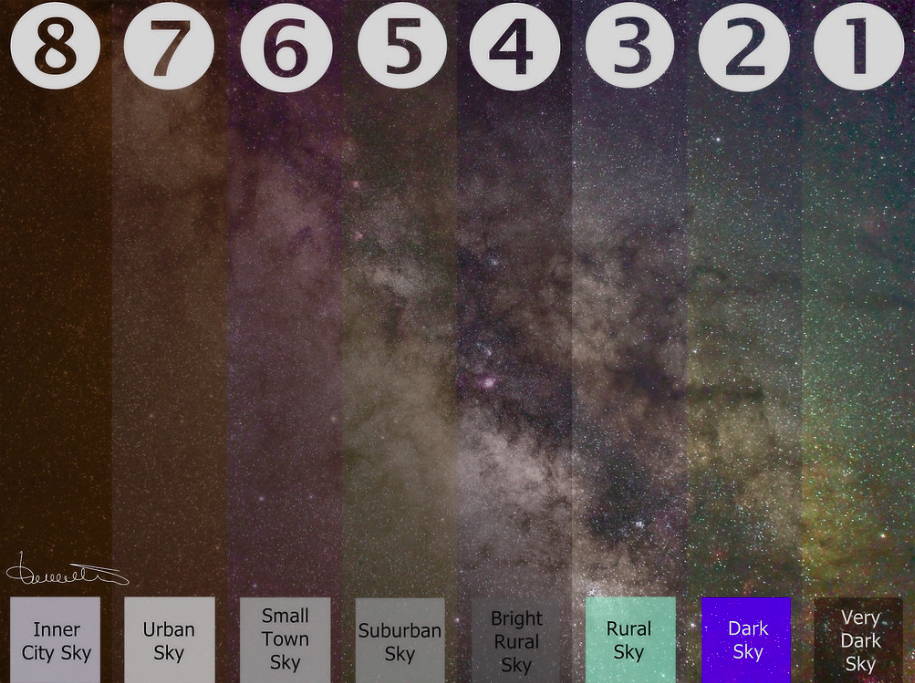 How much of the starscape is visible at different points along the Bortle Scale. 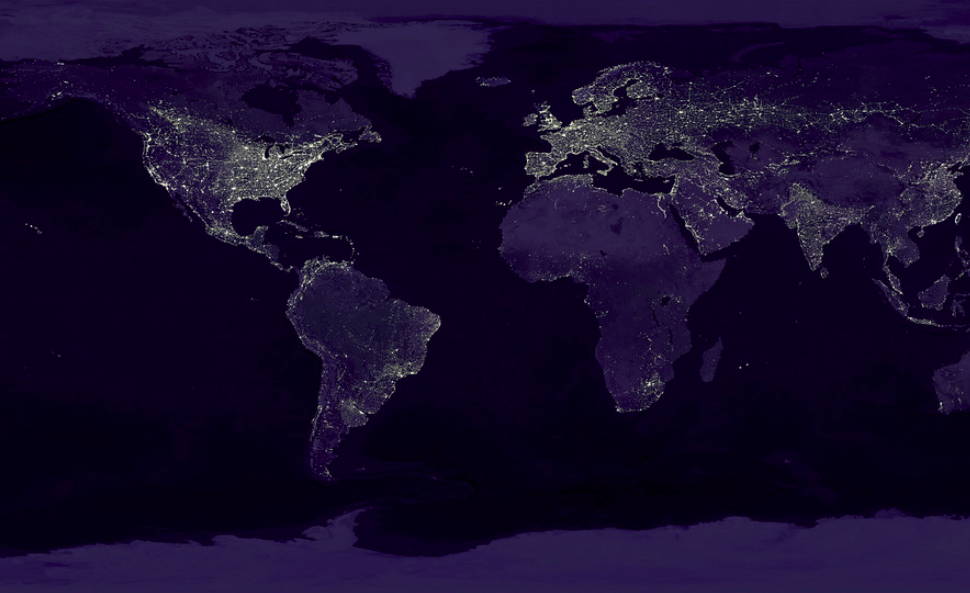 The Earth at night—if it's urban or suburban, it's lit up. 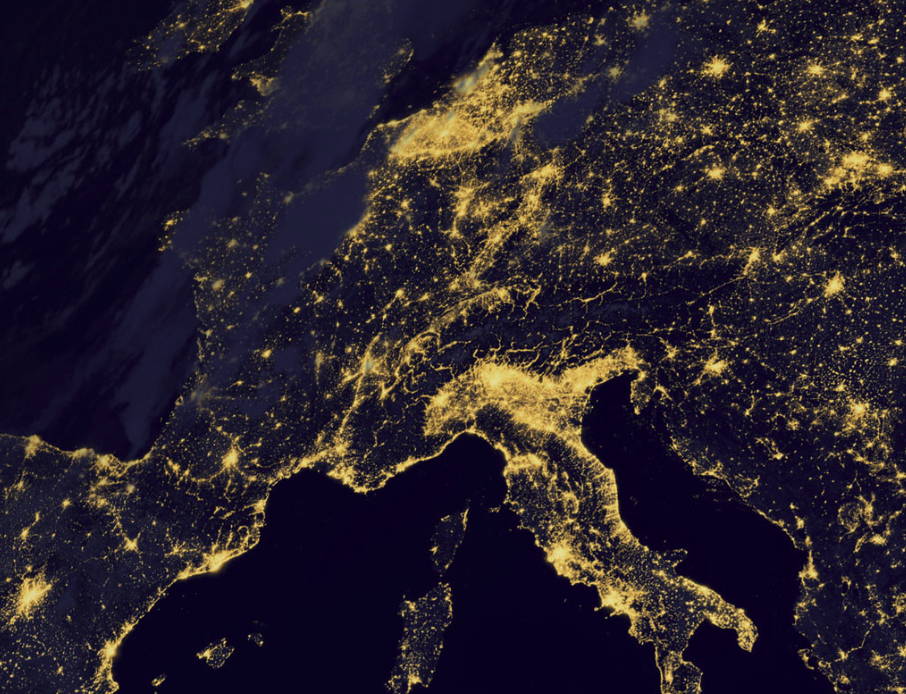 Closer up, Italy and a number of large European cities are clearly outlined and detailed in artificial light.

Most of us don't notice the night sky much until we're out somewhere well into the country, camping in the desert, or hanging out in distant mountains. The stunning difference between what we see in these locales compared to our own backyard or condo balcony brings home what we've lost in our urban environment. Astronomers both professional and amateur have rallied to the cause to reclaim some of the old spectacle. The International Dark Sky Association is one of several groups around the world promoting sensible lighting design, especially in street lighting, with fixtures that direct beams downward and only where really necessary. Such arrangements keep errant light from shining into the sky and reflecting off particles in the air overhead, which occludes the stars. And the less light we use overall, while maintaining safety, the less energy is wasted. It's a win-win. 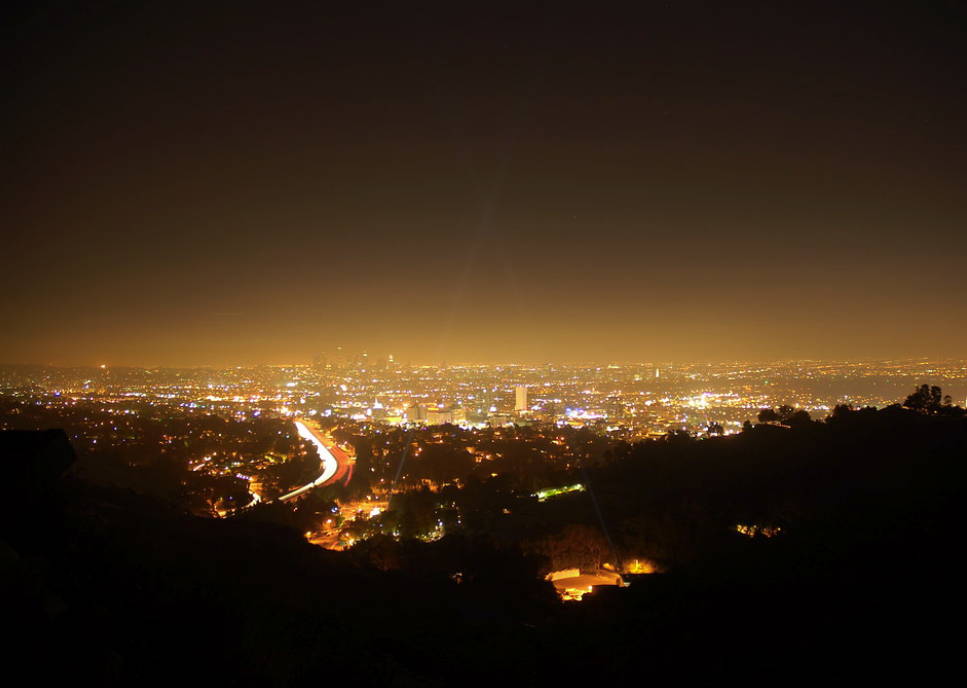 Undirected urban light reflects off dust and mist in overlying air, blotting out the stars. 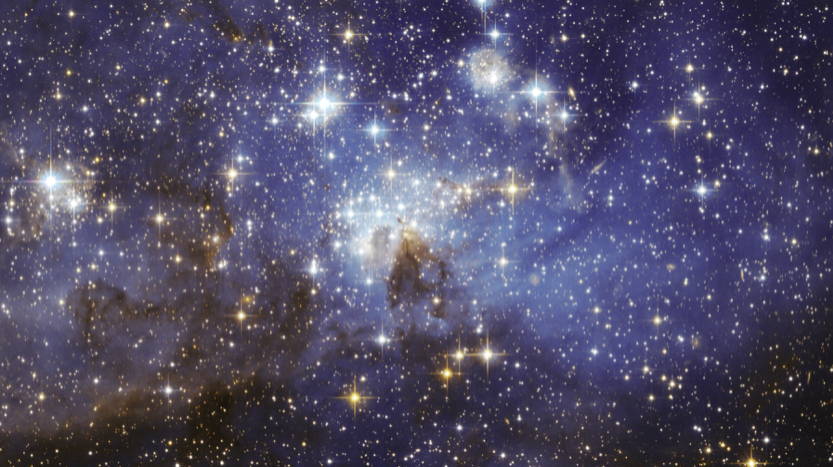 So go on out tonight and have a look up. You may only see a few thousand stars in your suburban neighborhood, but with some good binoculars you could push that total closer to 100,000, and with a small telescope you could access several million. International Dark Sky Week is celebrated every April, but any clear night is a good time to turn your eyes skyward to appreciate the overhead show—and maybe have a look around the outside of your own house and see if you could do something to cut down on a bit of the artificial light that keeps us all from fully enjoying the heavens.

While you can’t go visit the stars, you can get a sense of the size and layout of the universe through the fantastic perspective in this wall map from National Geographic. Available from Maps.com 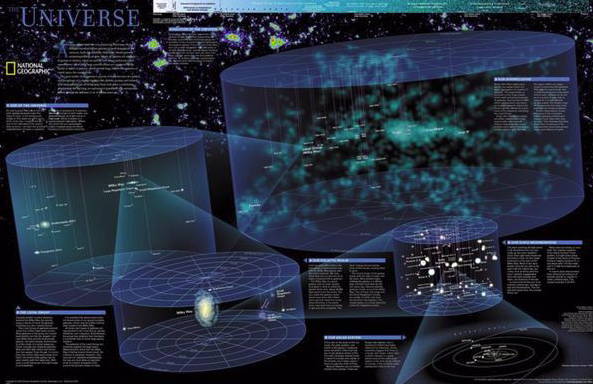 caption: Skies like this were once common, but are now only enjoyed by those in rural or very remote areas.

caption: How much of the starscape is visible at different points along the Bortle Scale.

caption: The Earth at night—if it's urban or suburban, it's lit up.

caption: Closer up, Italy and a number of large European cities are clearly outlined and detailed in artificial light.

caption: Undirected urban light reflects off dust and mist in overlying air, blotting out the stars.