A TURNING POINT: THE BATTLE AT MIDWAY 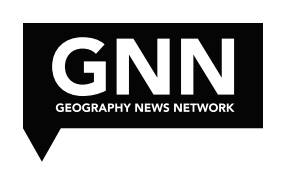 A TURNING POINT: THE BATTLE AT MIDWAY

“You will be governed by the prin-ciple of calculated risk....”—Admiral Chester W. Nimitz-

Approximately midway between North America and Asia, deep in the Pacific Ocean, lies the aptly named Midway Atoll. Situated in the northwestern end of the Hawai-ian archipelago and only two and a half square miles in size, Midway is an unincorporated territory of the United States. Midway proved vital in protecting the West Coast of the United States when it became one of the most significant battle sites in the Pacific Theater of World War II. On June 4, 1942, six months after the bombing of Pearl Harbor, the Japa-nese attacked Midway in a battle that lasted three days. Fortune sided with the United States, and Japan suffered one of the most decisive na-val losses of World War II, leaving the Imperial Japanese Navy a shadow of its former self.

In April, two months earlier, the United States surprised the Japanese with the Doolittle Raid (also known as the Tokyo Raid), the first airstrike against Japan’s home islands. Bomb-ing military targets served as retalia-tion for Pearl Harbor and improved American morale while shocking and demoralizing the Japanese. May’s Battle of the Coral Sea proved inde-cisive—the Japanese needed a vic-tory and for the Pacific to be free of American carriers.

Japanese fleet commander Ad-miral Isoroku Yamamoto devised a plan to attack Midway Atoll, knowing the U.S. would defend their outpost, thereby drawing the American fleet stationed there and at Pearl Har-bor (located 1,300 miles away) into a trap. Yamamoto was the master-mind who had planned and led the attack against Pearl Harbor. He knew attacking Pearl Harbor again was too risky due to the number of land-based planes stationed there. Had the Midway plan been successful, the Japanese would have destroyed the carriers that had escaped the Pearl Harbor attack. They also believed the U.S. would’ve been eliminated as a strategic power in the Pacific. Ja-pan would’ve gained Midway and set their sights on Hawaii and eventually the West Coast. 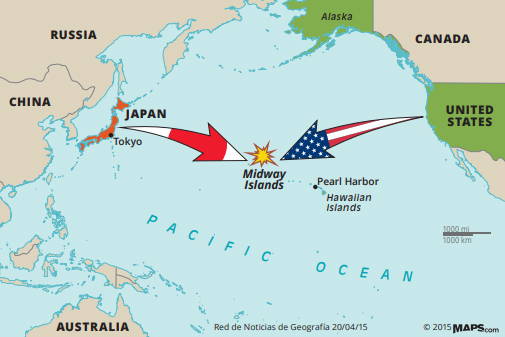 Admiral Nimitz used all three avail-able U.S. carriers, including the Yor-ktown, which had been damaged during the Battle of the Coral Sea to spring his own trap, lying in wait 200 miles east of Midway. Yamamoto did not expect more than the two carri-ers to be serviceable.

In the early hours of June 4th, scouts reported the Japanese ap-proach. Midway-based plane strikes were unsuccessful in breaking Japa-nese formation and the two islands within the atoll were pounded with artillery. Building fires broke out but torpedo boats and anti-artillery fire disrupted the attack, and the Japanese realized a second air strike would be needed prior to invasion. The three U.S. carriers sent out 42 torpedo bombers, 36 of which were shot down without any hits on the four Japanese carriers, as they’d become separated from their fight-er escort. The martyrdom set into motion a five minute window that proved to be the Japanese undoing.

Japanese commander Chūichi Na-gumo had already given orders for bombs to be loaded on a second group of planes that would strike Midway, when a scout plane radi-oed in that an American carrier had been sighted. The news of the car-rier forced him to reconsider his strategy. He decided to wait for the planes returning from Midway and rearm all the planes with torpedoes for an attack on the U.S. ship. His planes were rearmed and being re-fueled, and a few had taken off but had yet to regain altitude when they were caught in a logistical nightmare: three squadrons of U.S. dive bomb-ers began attacking the carriers.

Within five minutes the Akagi, Kaga, and Soryu carriers were on fire and out of the fight. The Hiryu managed to get 18 dive bombers into the air to attack the Yorktown, which had to be abandoned. The Hiryu was bombed and sunk later in the day. The York-town was sunk two days later by a Japanese submarine along with the Hammann which had been towing the Yorktown back to Pearl Harbor. In addition to the ships, 145 aircraft and 340 seamen were lost in the conflict.

This was the first decisive Allied victory in the Pacific and changed the trajectory of the war. Japan lost 322 aircraft, 200 highly trained pi-lots, and over 2,500 sailors. Most ir-replaceable was the loss of the me-chanics and aircraft ground crews who went down with the ships. With the loss of half their carriers, the Bat-tle of Midway marked the beginning of a downward spiral for the Impe-rial Japanese Navy. From that time forward, the U.S. was on the offense rather than the defensive.

On September 13, 2000, the lands and waters of Midway Atoll National Wildlife Refuge were designated as the Battle of Midway National Me-morial.