Recently, a fun map made the rounds on Twitter and naturally, we took notice. The map was shared by NBC sports writer Craig Calcaterra, but the cartographer behind the map was his daughter, Anna. The high school student from Ohio redrew the map of the Americas featuring highlights such as New Hampsmont and West Dakota and it quickly went viral, with #Ohio2 and #LongChile trending on Twitter. 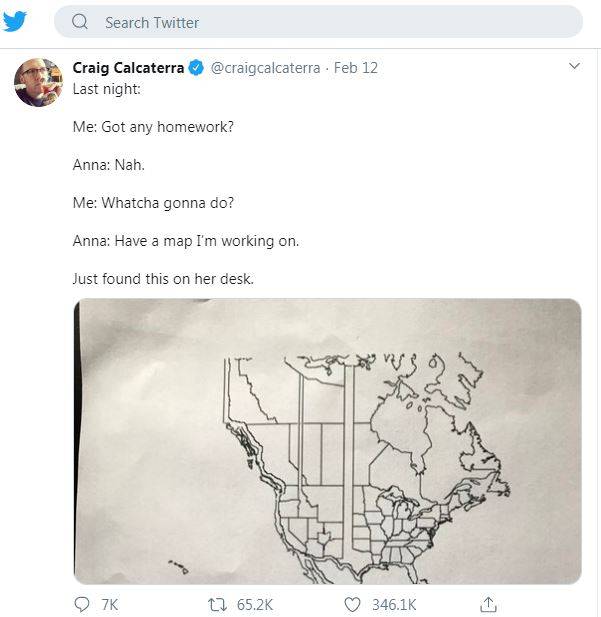 CNN interviewed Anna about her map, Craig blogged about the experience, and we generally had a lot of fun following it on Twitter. The simple outline map shows off some rather remarkable and noticeable changes, but we wanted to see the ramifications of those changes on a more complete map. To that end, our cartography team decided to apply Anna's map changes to our Maps.com wall map of North America. Here is a tour of some of the more interesting results.

The most impactful change is Chile's renaming to "Long Chile," the result of its extension up the West Coast (and "causing the Chilean-American War" in the process). Chile's conversion to Long Chile not only blocks most countries' access to the Pacific Ocean, it completely usurps the countries of Panama, Costa Rica, & El Salvador. 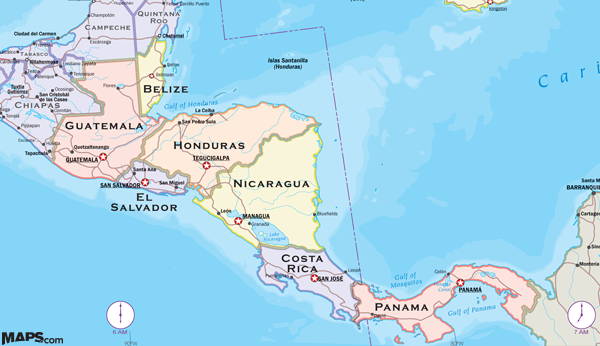 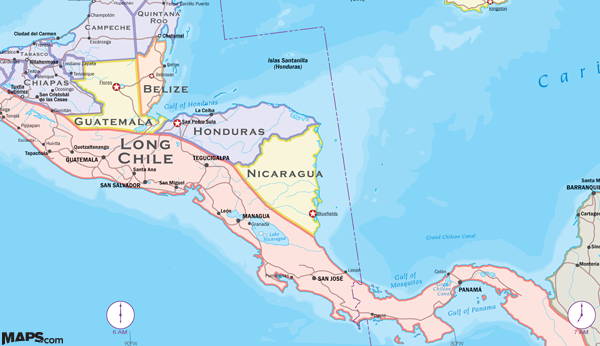 Though Anna should have the final say, for now we're calling the Panama Canal the "Grand Chilean Canal."

Though Nicaragua, Guatemala, and Honduras retain their sovereignty, their capital cities all have been relocated, as their old capitals are now encompassed by Long Chile. 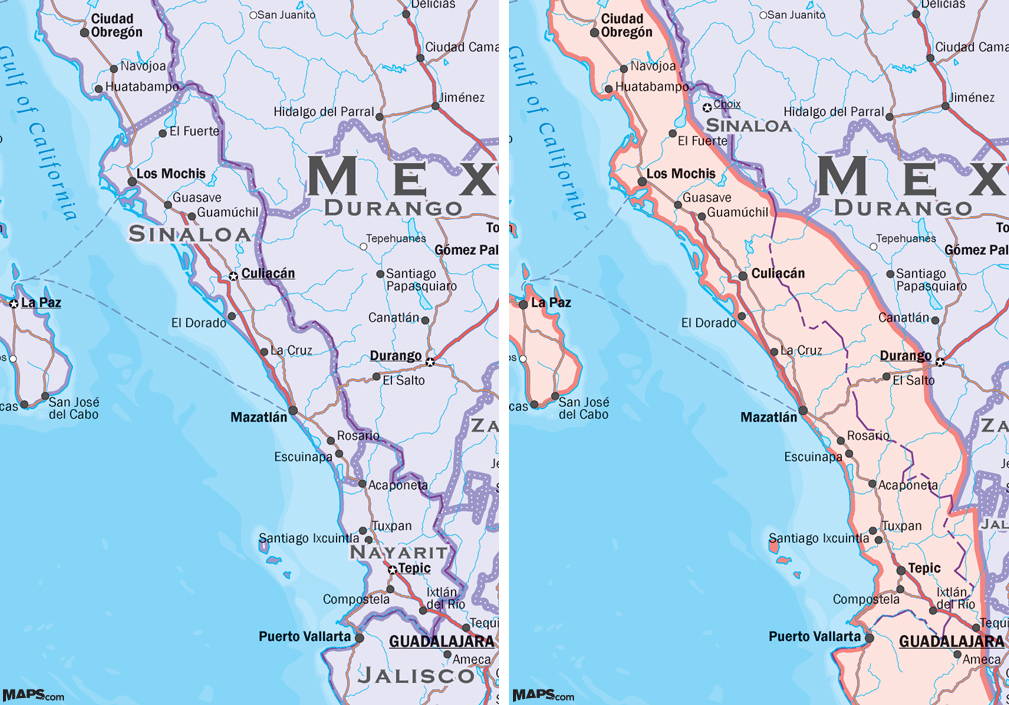 In the U.S.A., much of the new Long Chile-U.S.A. border follows Interstate 5 which has the effect of dividing some cities a la Berlin. Residents of NE and SE Portland, Oregon retain their U.S. citizenship, while their friends and neighbors in the NW and SW quadrants now pledge allegiance to Long Chile. Through Portland, the border is established by I-5 and the Willamette River.

The new international border leaves much of California's productive Central Valley in the U.S.A. but Silicon Valley and major population centers now belong to Long Chile. 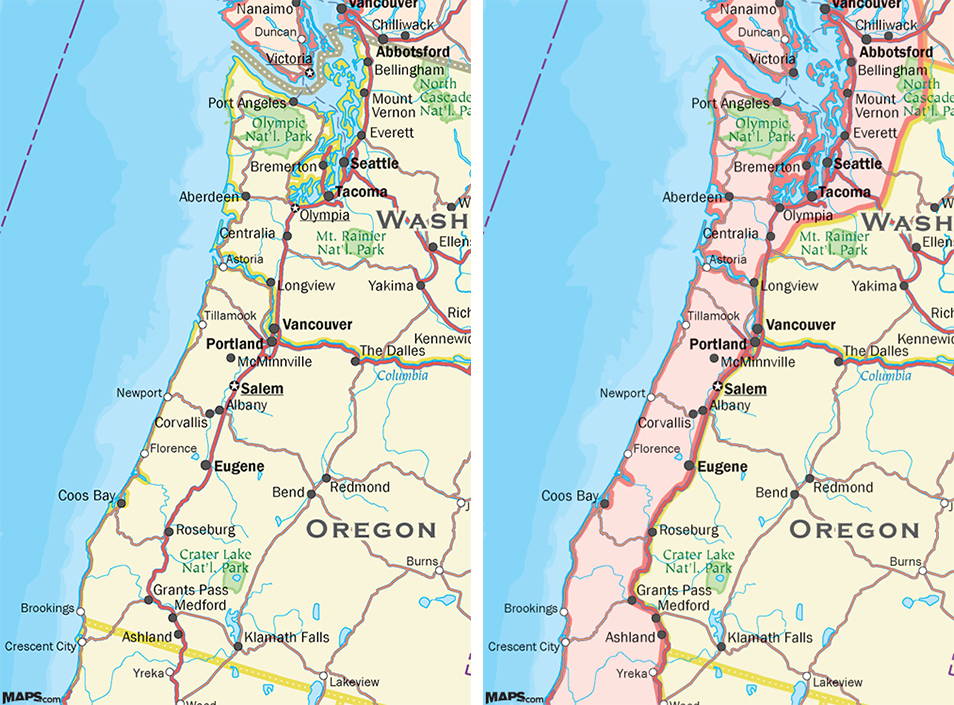 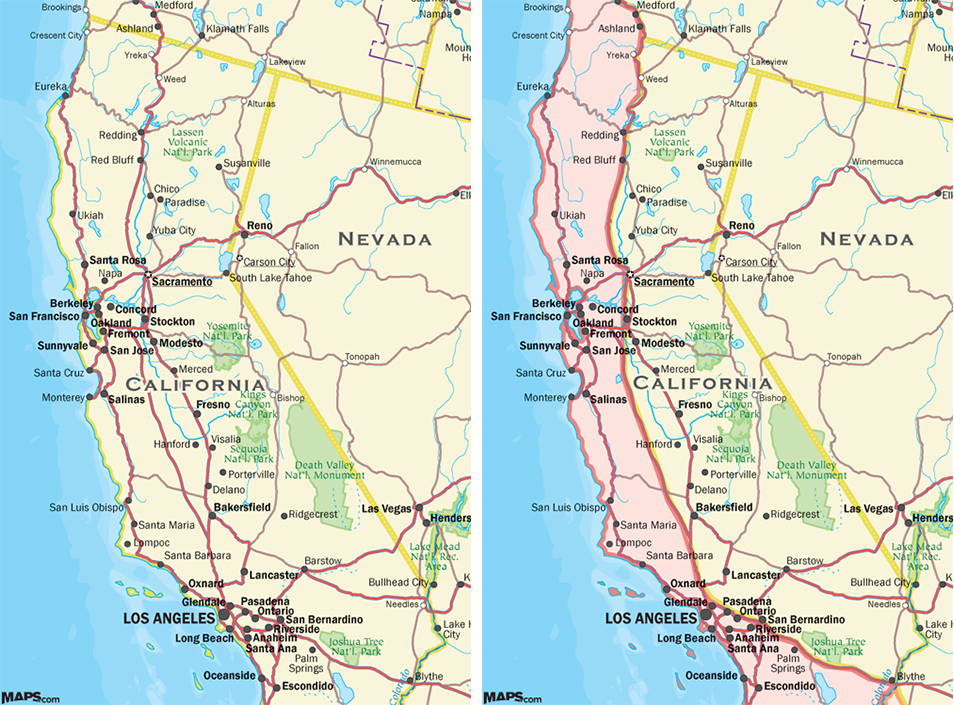 Alaska is an interesting case study. According to Anna, "Alaska didn’t get blown off the map, it’s just not part of the Americas anymore." So that required some noticeable adjustments to our North America map now that Alaska is its own country and no longer part of North America. 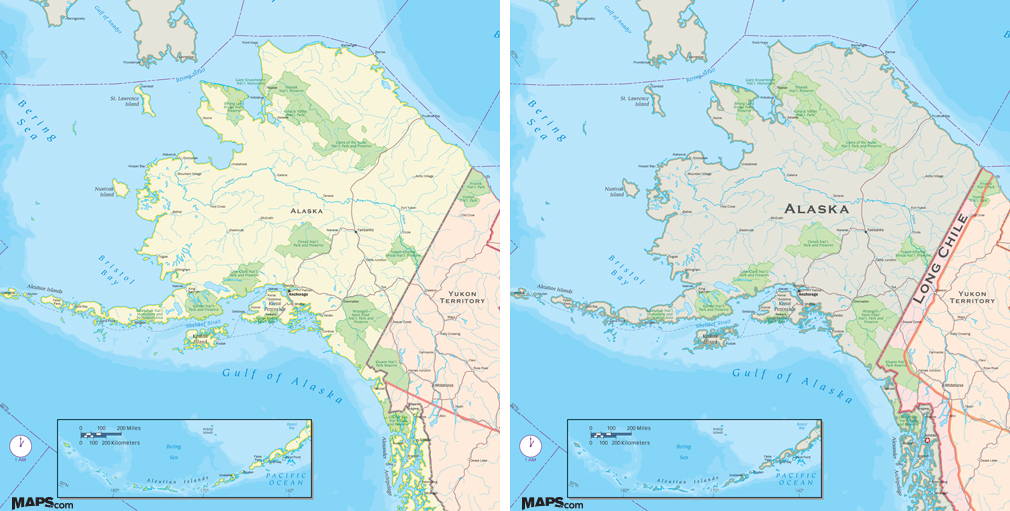 Even the locator globe must be changed.

Florida's panhandle now stretches West all the way to Long Chile, blocking access to the Gulf of Mexico for Texas, Louisiana, Mississippi, and Alabama. Not only did Florida triple in size, they seceded from the Union after another civil war. 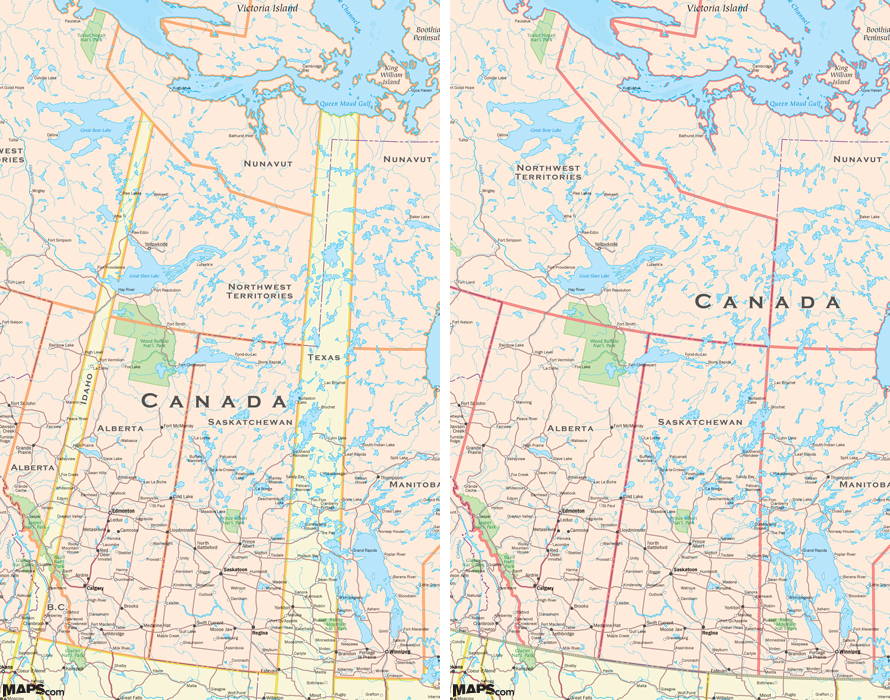 Idaho's panhandle has also been extended, though Idaho remains landlocked with Idaho's new extension stopping at Nunavut. These longer panhandles are causing travel headaches for Canadians who must now carry a passport when crossing their country from coast to coast.

British Columbia and Alberta have new provincial exclaves to deal with, thanks to Idaho's now longer panhandle.

Ohio has doubled in size in a most unusual way. The famous Four Corners area has been replaced with "Ohio 2," a clone of Ohio centered on the old Four Corners. Sorry Columbus—Anna notes that the "capital moved to Ohio 2." 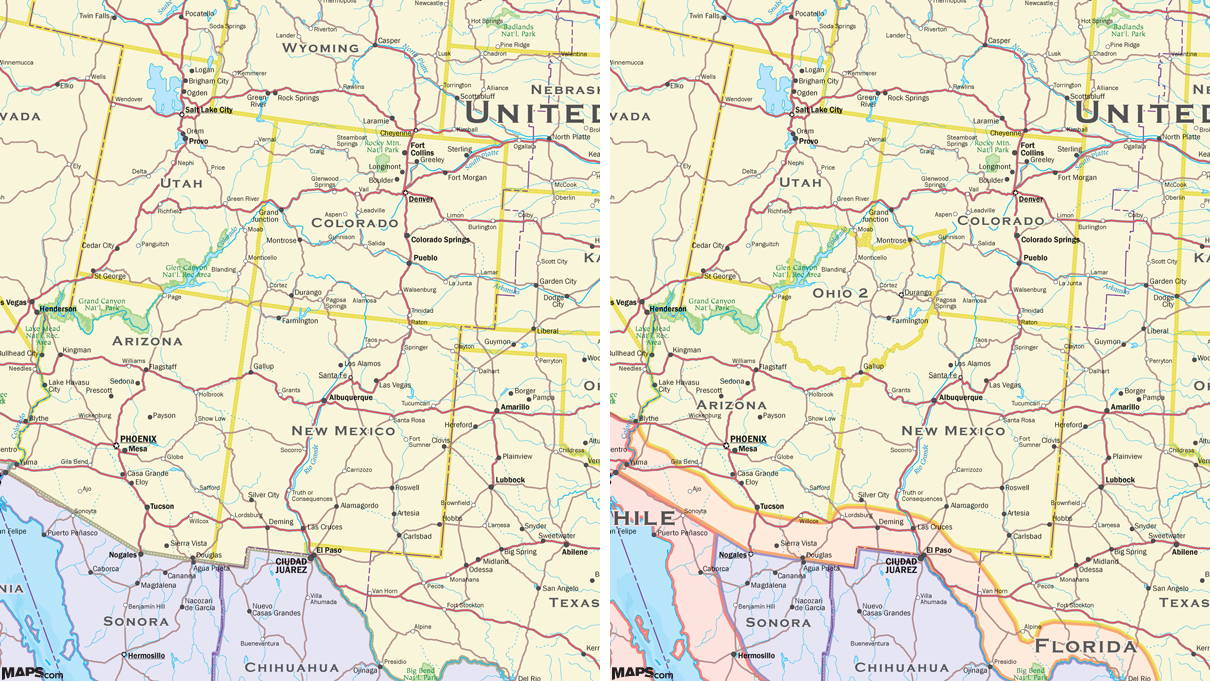 Other changes could be considered more bureaucratic, with some confusing name changes—Virginia renamed as East Virginia, West Virginia as Virginia, and Minnesota as East Dakota.

Consolidation of some of our lower-population states may help with bureaucratic efficiency - maybe there will be cost savings for the West Dakota and New Hampsmont governments.

Despite the land acquisitions the U.S.A. gained from Canada, the total U.S. population has seen a dramatic 22.5% decrease due to the losses from Florida's secession, Alaska's departure from North America, and territorial losses to Long Chile. This year's census and redistricting will be the most dramatic we've ever seen!

In all seriousness, nobody expects the massive changes suggested by Anna's map to be implemented any time soon. Or ever. But her rearrangement of the continent is a good reminder that the lines we draw on the map, the borders that seem so set in stone, are mostly just concepts we all agree on, and they might have evolved in ways very different from the ones we are used to. It's a great mental exercise, and we're encouraged to see a young cartographer getting creative (and outrageous) with the layout of North America.