There's more to the red and orange foliage and spooky sounds at night that define the season of Autumn.

Below, Maps.com has gathered their best Autumnal maps that help bring light to the cultures around the world and what they celebrate and why! 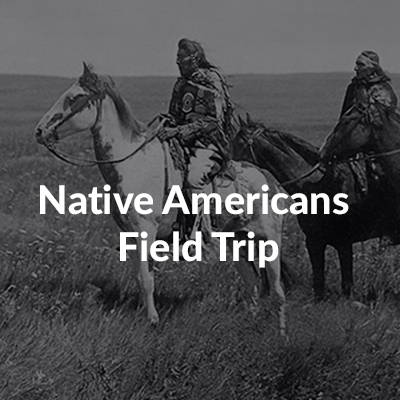 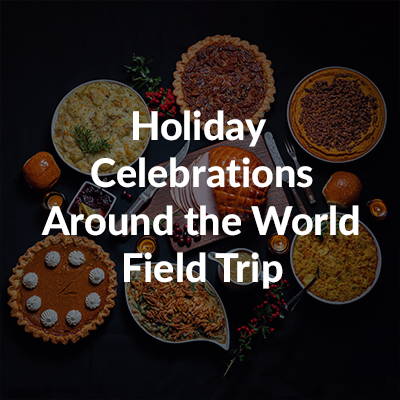 Maps to Perfect that Fall Feeling

Fascinated about the Fall holidays around the world? Or maybe want to go on a spooky adventure yourself?

Click on any of the images below start your journey! 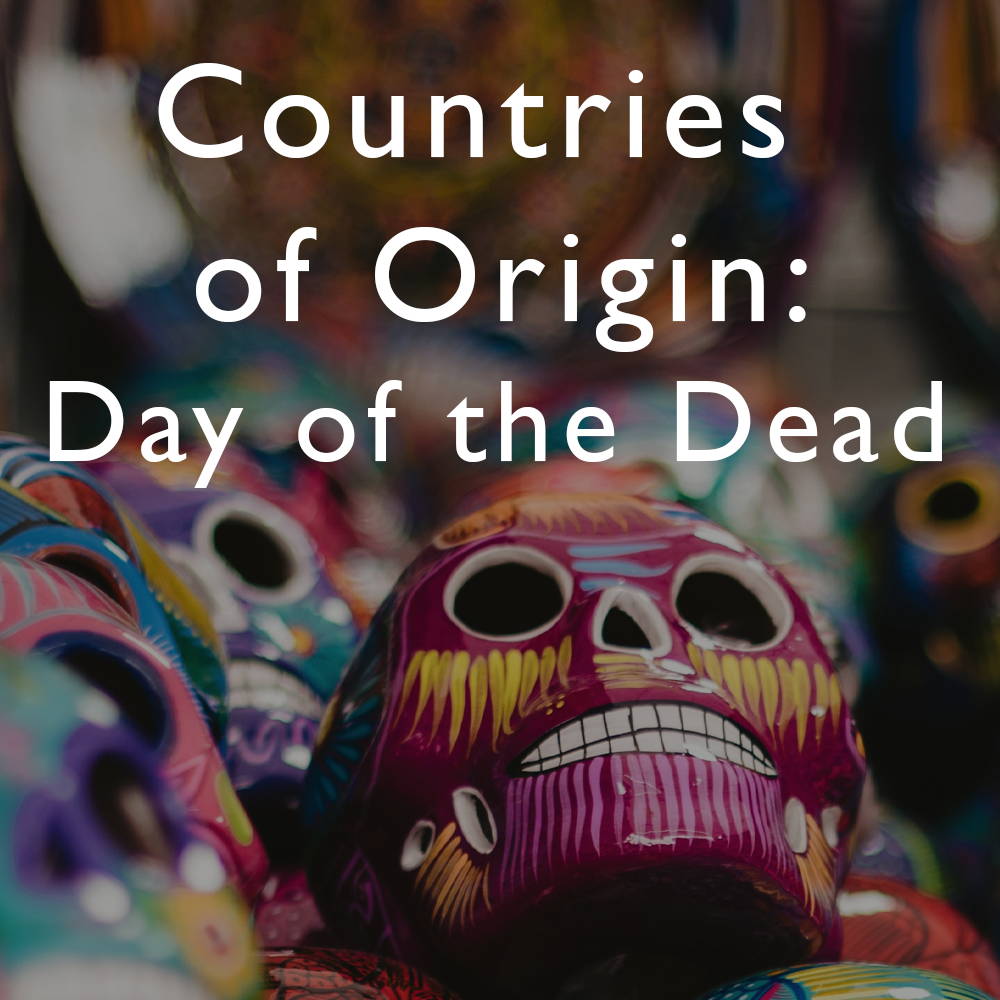 Countries of Origin
Day of the Dead 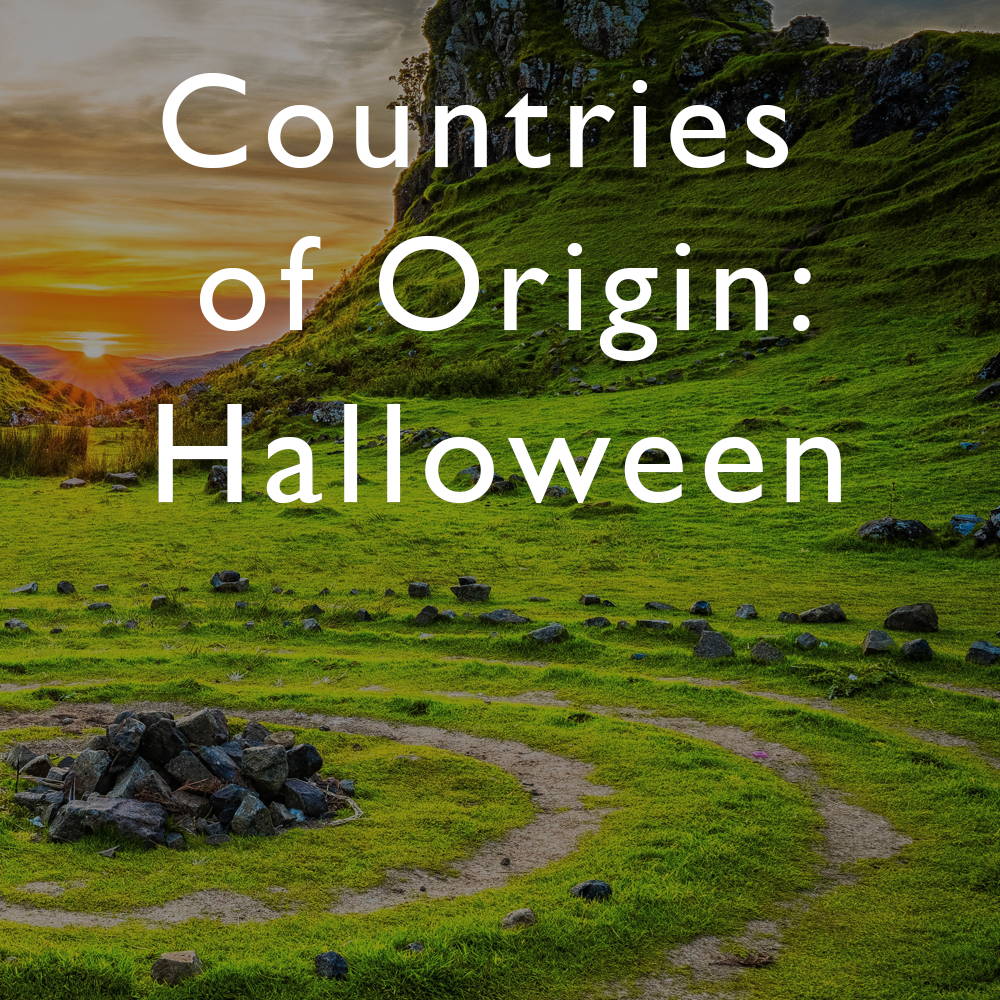 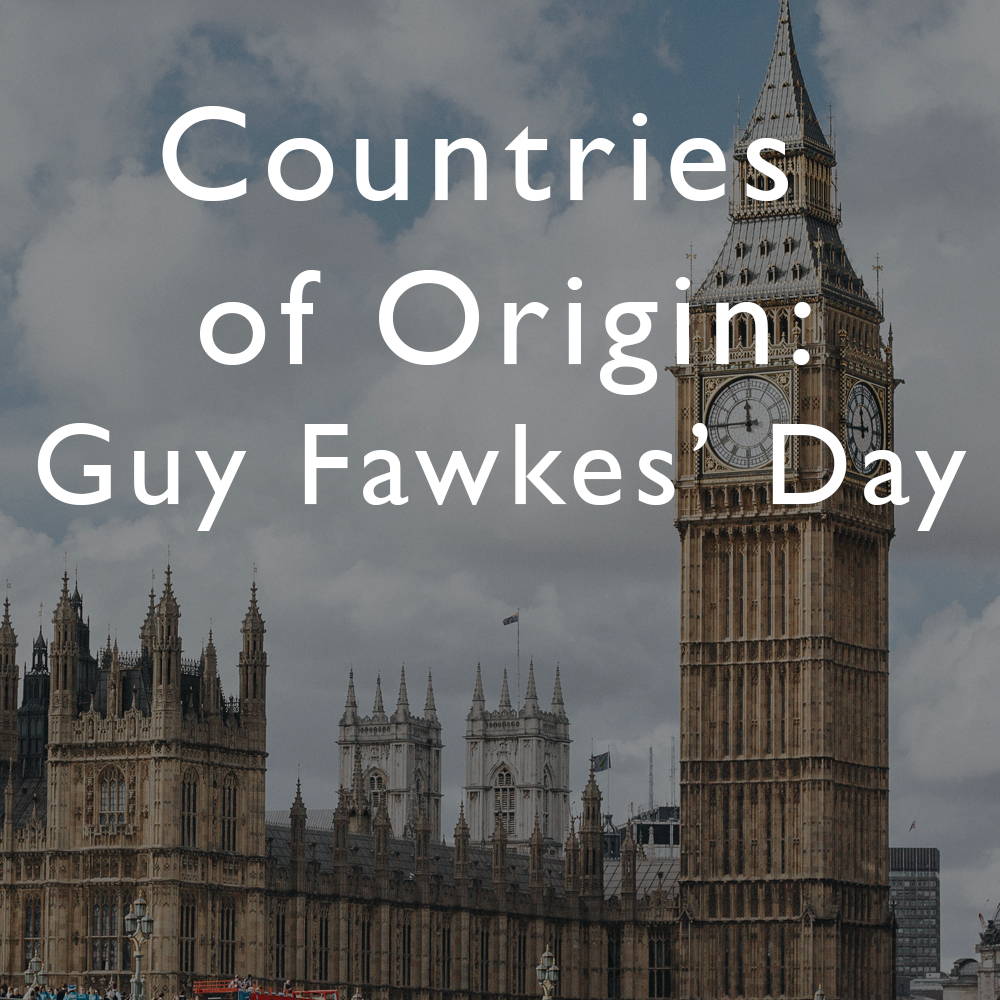 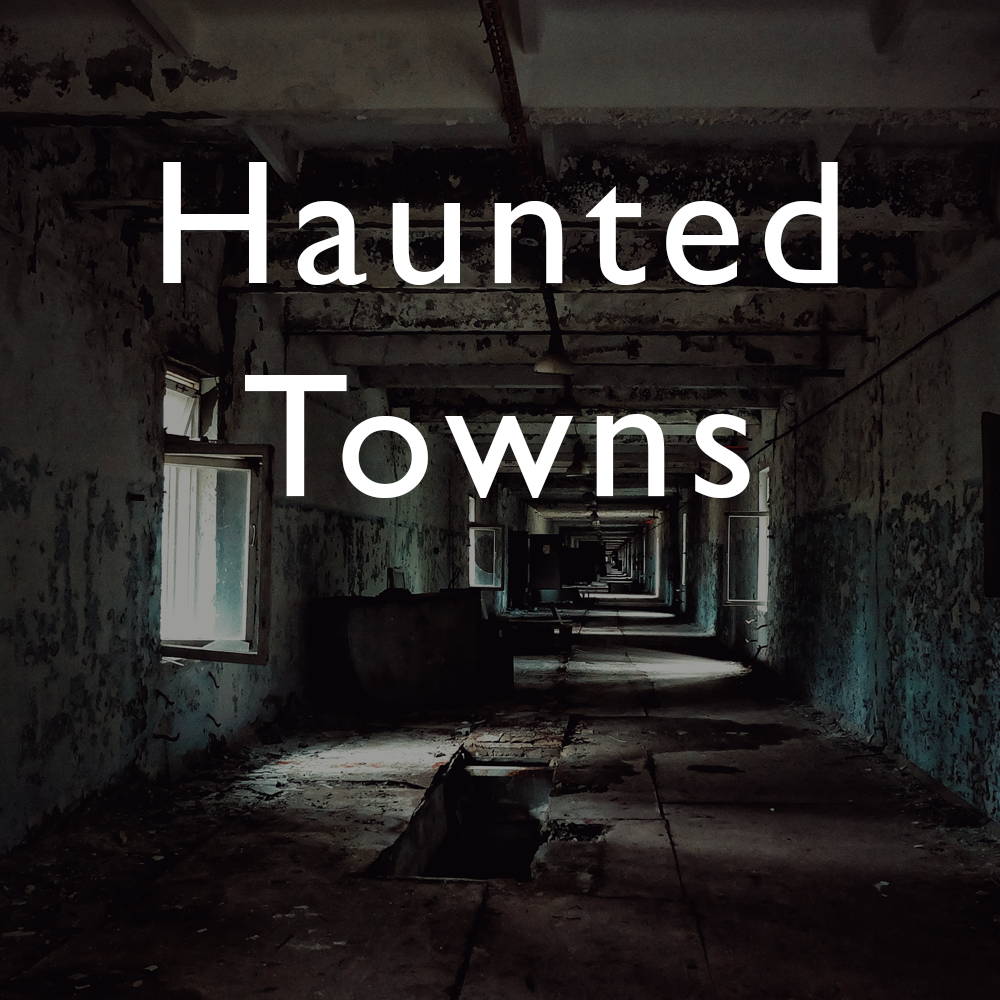 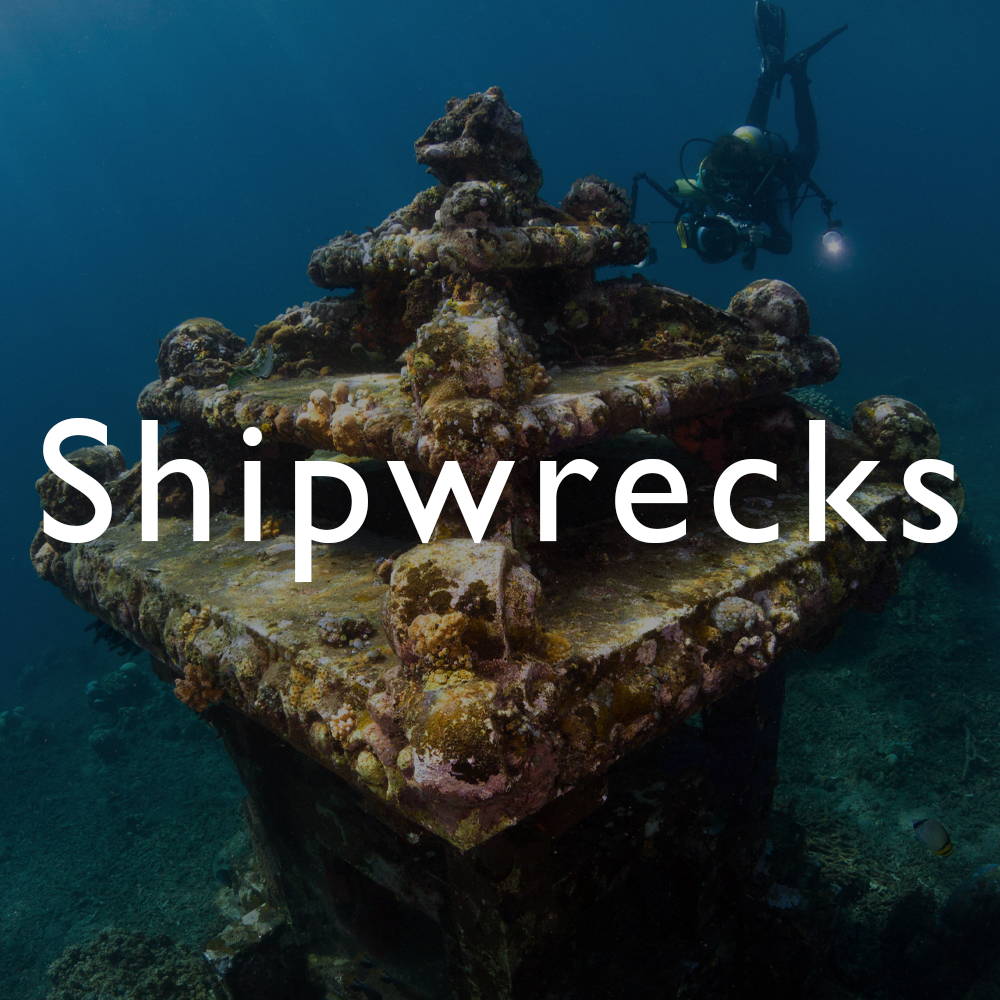 Halloween is a holiday that is celebrated each year on October 31, and this year it will occur on Sunday, October 31st. The evening will bring out costumed children and their parents as they wander door to door, screaming ‘Tricks-or-Treats’ with delight as their plastic pumpkins and pillow-cases are filled to the brim with chocolates and sugar coated sweets.

It wasn’t always this way, though. The celebration of Halloween actually begins with the traditional celebration of Samhain, an ancient celtic festival where large bonfires were constructed and all members of the community would dress in costume to scare off spirits and protect their harvest.

The celebration came at the end of the Celtic year, therefore starting the new year on November 1, decreed later on as ‘All Saints Day’. Celts believed that on the eve of their new year, the boundary between the worlds of the living and the dead would blur, allowing the dead to return. This was believed as the winter, which often brought darkness, cold air, and death, was right after their new year began. As time passed and civilizations evolved and were conquered, Samhain began to change and evolve as well. It’s name went from Samhain to All Souls’ Day, then to All Hallow’s Eve, and eventually Halloween.

It wasn’t until the second half of the 19th century that the new country of America began to celebrate Halloween. New immigrants, millions of which were the Irish fleeing the Irish Potato Famine, popularized the celebration of Halloween with fortune telling, parades, costumes, and trick-or-treating. During the late 1800s, a wave washed upon America to change Halloween from a holiday about ghosts, ghouls, pranks, and witchcraft to one about neighborly care and community. Media outlets encouraged adults and parents to erase any and all ‘frightening’ images out of Halloween and replace it with cute pumpkins and sweet candies.

Thus, Halloween lost most of its original traditions and tones by the intro of the 20th century.

Day of the Dead: The Importance of Family

Day of the Dead, or Día de Los Muertos as is the original Spanish, is a holiday that is celebrated in modern Mexico and those with Mexican heritage, and it dates back 3,000 plus years ago to the rituals that would honor the dead in pre-Columbian Mesoamerica. The celebration of the dead came from the Aztecs and Nahua people that populated central Mexico, who saw death as not the end, but an extremely important part of life that is only one part of the cycle.

It is wrong to think that El Día de los Muertos is a Mexican version of Halloween, while Halloween has changed since it’s original Samhain celebrations of offerings to the Gaelic gods and scaring off the spirits from their crops, the Mexican holiday exists to celebrate those who have passed on, as this day is the one day that they may come back and can co-exist with their families.

These souls come back from their place and return to our world to feast, dance, sing, drink, and visit with their loved ones. Whilst their loved ones host their family members by cooking their favorite dishes, gathering the best flowers, and offering them at gravesites or ofrendas that are built within their homes.

The imagery that you’ll most often find with Day of the Dead are beautiful skulls and skeletons that are dressed in the finest of clothes and adorned with well-fashioned makeup. This imagery, however, does not come from the original celebrations, rather it comes from a 20th century cartoonist named José Guadalupe Posada, who created the original piece titled ‘La Calavera Catrina’ and was meant to make a statement on Mexicans that adopted European cultures and fashions over their own heritage.

In modern times and places, the Day of the Dead is celebrated with festivals, dancing, eating sugar candies that are molded and painted into skulls shapes, and donning face paint and masks that look like skulls.

Not many in Western culture know of the history or term ‘Guy Fawkes Day’, but I’d bet that everyone has heard the phrase ‘Remember, Remember the Fifth of November’. This phrase and day has quite the amount of history behind it, and here we will give you a glimpse into that history starting in 1570 England, a time in which Queen Elizabeth I ruled, where Catholicism in England was heavily repressed. Under her rule, several priests were put to death, Catholics could not marry, nor could they celebrate Mass. This continued under King James I after Queen Elizabeth I died in 1603.

Throughout both rulings, several conspiracies and plots were hatched and continued to fail, until May 1604, where Catholic co-conspirators - Guy Fawkes, Tom Wintour, Jack Wright, Robert Catesby, and Thomas Percy - would meet at the Duck and Drake inn in London. There a plot was hatched, Catesby proposed that they blow up the Houses of Parliament with gunpowder. An oath of secrecy was sworn on a prayer book over what would be known later as the Gunpowder Plot.

Others would soon join the planning of the plot, and it was planned as such: On November 5, 1605, Guy Fawkes would station himself under the House of Lords - that the conspirators had leased in order to store the kegs of gunpowder - as it opened a new session of Parliament. In which he would light a fuse and blow the members in session into rubble, smoke, and ruin. Fawkes would escape then by boat while the rest of the plotters would start an uprising and kidnap King James’ daughter, force her to become a puppet queen, and marry her off to a Catholic, thus restoring a Catholic rule.

However, the plot would not ring out as such. A Catholic sympathizer, of which we do not know the name, alerted King James of the plot before it could meet fruition. Guy Fawkes’ was found and arrested in the cellars, residing next to him was 36 kegs of gunpowder and a box of matches in his pocket. He was taken to the Tower of London and tortured under royal order. His co-conspirators were arrested as well, except for four who were killed in a shootout with authorities. After the plot was revealed, London citizens lit celebratory bonfires and in 1606, November 5 was recognized by Parliament as a day of thanksgiving. Traditions would upkeep and spread all the way across the Atlantic, where American colonizers would burn effigys of the pope in keeping with anti-Catholic sentiments. However, the celebration completely died out in the west in the 19th century.

Now, Guy Fawkes’ Day is celebrated as a way to get together with family and friends, light bonfires and shoot fireworks, and toast marshmallows. Children go around to homes requesting ‘A Penny for Guy’ or ‘Remember Remember the Fifth of November’, much in the same tradition as trick-or-treating.