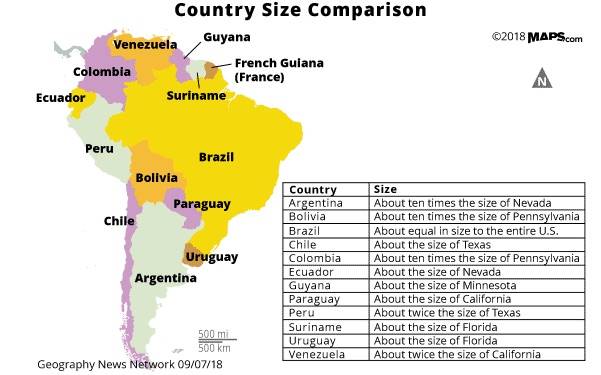 On August 2, 2018, technology company Apple made history. Apple became the first publicly-traded company to be worth more than one trillion dollars. Then, on September 4, online retailer Amazon became the second American company to reach the same feat. With Amazon’s status as a trillion-dollar company, its founder and CEO Jeff Bezos reached a personal net worth of $167.6 billion. He is currently the wealthiest person in the world.

The words billion and trillion impress us. When they are connected with money earned by people or companies, we conclude that they must be very successful. However, while we know these numbers are very big, the human brain has a difficult time imagining numbers this large.

“Really big numbers are in every piece of technology we look at, in every organism we look at,” says mathematician John Borwein from the University of Newcastle in Australia. However, “These are enormous numbers that no human being is intuitively equipped to understand.”

David Landy is a scientist at Indiana University who studies how people think about large numbers. A simple test shows the difficulty people have imagining a billion. Draw a number line on a sheet of paper. Label one endpoint zero and the other endpoint one billion. Now, mark an X above the line where you think the number one million should appear. According to Landy, many people place their X somewhere near the middle of the line. This is not correct.

“Inside millions, you’re comfortable,” Landy explains. “You think it’s 250 versus 500 and, oh, and it’s in millions. But if it’s 500 million versus 2 billion, it crosses scales. Suddenly, you have to calculate.”

Richard Panek, a professor at Goddard College in Vermont and noted science author, found a humorous way to illustrate this problem in a blog post. “Knowing that our galaxy contains more than 100 billion stars, and that the universe is swarming with more than 100 billion galaxies, doesn’t mean much if you don’t know the meaning of a billion,” Panek states. “Our brains didn’t need to evolve so that we could understand such numbers. Like cultures that count One, two, three, more, we tend to regard the scale of the universe—to the extent we regard it at all—as Earth, planets, Sun, far.”

First, let’s look at an example of how much one million is.

When people want to make an accurate count of seconds, they sometimes use the word Mississippi since they assume that saying this word takes a total of one second. For fun, Panek decided to replaceMississippi with a different four-syllable term: Justin Bieber. Next, Panek asks the question, “How much time would you need to get to a million, counting at the ‘One Justin Bieber’ rate of one number per second?”

In other words, assuming it takes one second to say the name Justin Bieber, how long will it take to say Justin Bieber one million times? Finding the answer requires nothing more complicated than basic multiplication and division. Panek followed these steps.

4. You now know that you can say Justin Bieber 86,400 times in a single day to account for all of the seconds in that time period. So how many days would it take to say his name 1 million times? To find out, divide 1 million by 86,400.

8. Panek concluded that in order to count 1 million Justin Biebers, it would take a total of 11 days, 13 hours, 46 minutes, and 40 seconds, without stopping.

Next, Panek uses his example to show that while millions, billions, and trillions are all large numbers, they are vastly different in size.

It would take 31 years and 8 ½ months to count one billion Justin Biebers!

A trillion is even larger than a billion. There are 1,000 billions in 1 trillion. Since it takes 31 years and 8 ½ months to count to a billion Justin Biebers, multiply that time by 1,000.

It would take 31,000 years to count one trillion Justin Biebers!

As you can see, millions, billions, and trillions are very different. Even still, it can be extremely difficult to think about numbers this large. “We assume all these things are very natural, but they are highly abstract,” explains Daniel Ansari, from the Numerical Cognition Laboratory at Western University in Ontario. “We can’t really perceive a million or a billion.”

A team of researchers at Microsoft were concerned that when people saw large numbers in advertisements or the news, they would have a hard time evaluating the information presented to them. The researchers wanted to find a way to help people better understand numbers. The idea for the study came about when one of the researchers noticed that people had a hard time telling whether numbers in commercials or in news stories were large or small.

“One of my favorite examples is an article that talked about a conservation group that reclaimed about 100 million acres of land across the Earth,“ says Daniel Goldstein, one of the team of Microsoft researcher. “We’ve given a quiz to people and asked how big do you think that is? People have no idea. It turns out it’s California in terms of size.”

The researchers’ solution was to develop a way to make reported numbers easier to understand. For example, the team examined a news story that discussed how one million people were left homeless after Hurricane Mitch struck the Central American country of Honduras in 1998.

The researchers think that using reference entities, attributes, and scaling factors when discussing numbers can help people better become better-informed citizens. As an example, the researchers used the current debate on gun control in the U.S. Their paper made the following conclusion.

A typical voter in the United States may be unaware of how many registered firearms there are in the country. Mere exposure to the fact that there are 300 million such firearms might not affect their stance on gun control, as voters may have difficulty contextualizing this information. Stating this fact as one gun per citizen, however, is likely to be more impactful, both because it is an easily understandable measurement and because it highlights the extremely high rate of gun ownership in the United States compared to the rest of the world.

Microsoft has started to apply the researchers’ findings to their online search engine Bing. Now, whenever someone in the U.S. researches for the size of a country on Bing, the results will include a U.S. state as a comparison. For example, at 6.60 million square miles, the country of Russia is about ten times the size of Alaska.

“The goal is to not just have an answer,” Jake Hofman, one of the team of researchers, said. “It’s to have an answer that is helpful to a human.”

Calculating How many millions are in one trillion?

Transferring Knowledge Microsoft’s study mentions a group that says it has preserved more than 120 million acres of land around the world. To better explain this number, the researchers write that “120 million acres of protected land is about 1.15 times larger than the state of California.” What is the reference entity, attribute, and scaling factor in this example? Why do you think these were chosen?

Recognizing Bias The Microsoft study concludes that U.S. voters’ attitudes on gun control might change if the number of firearms in the U.S. was expressed as “one gun per citizen” instead of “300 million.” Based on this example, is it possible to determine the authors’ attitudes regarding gun control? Do these attitudes have any effect on the other conclusions of their study?

Integrating Visual Information Create a drawing, painting, collage, or other piece of visual art that shows the differences between the ideas of millions, billions, and trillions.