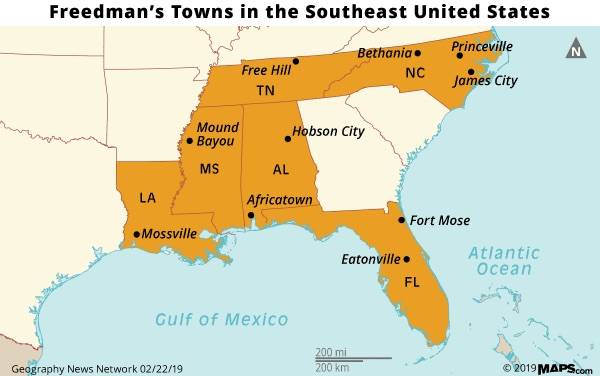 The writer Zora Neale Hurston is known for books that depict African American life and folklore. Many of her contemporaries noticed her natural charm and infectious sense of humor. “When Zora was there,” fellow writer Sterling Brown recalled, “she was the party.” Her famous wit appeared often in her writing. “Sometimes, I feel discriminated against, but it does not make me angry. It merely astonishes me,” Hurston wrote. “How can any deny themselves the pleasure of my company? It’s beyond me.”

Zora Neale Hurston was born in 1891 in Notasulga, Alabama. However, during her life, Hurston claimed that she was born in 1901 in Eatonville, Florida, which would have made her 10 years younger than she was. Hurston’s family did relocate from Alabama to Eatonville while Hurston was still a young child, but she was not born there.

Eatonville was one of the first self-governing all-black towns, also known as freedman’s towns, in the United States. Incorporated in 1887, Eatonville was created because local police forces often refused to protect black communities. As a result, towns such as Eatonville were established by African Americans. “There was a lot of dissatisfaction and alienation by blacks by the 1890s because of the refusal of whites in the South to allow them any real role in civic life,” explained University of Tennessee history professor Robert J. Norrell.

Since Eatonville was an all-black city, Hurston grew up seeing African Americans achieving high positions in society. This was unusual for many African Americans of her time. For example, her preacher father John Hurston was among the civic leaders who drafted Eatonville’s laws. Similarly, her mother Lucy Potts Hurston was one of the several town citizens who designed the Sunday school curriculum at one of the local churches. Hurston later recalled Eatonville as “a city of five lakes, three croquet courts, three hundred brown skins, three hundred good swimmers, plenty of guavas, two schools, and no jailhouse.”

Hurston’s childhood was happy. The family lived in an eight-room house on five acres of land. Unfortunately, Hurston’s childhood took an unexpected turn when her mother died in 1904. Zora Neale Hurston was just 13 years old. “That hour began my wanderings,” Hurston wrote later. “Not so much in geography, but in time. Then not so much in time as in spirit.” Her father quickly remarried. Unfortunately, after that, her father seemed to have little time or interest in his children.

When Hurston was 16, she left home and became a member of a traveling theater company. When the company stopped in New York City, she first became exposed to the Harlem Renaissance. The Harlem Renaissance—a movement with which Hurston would later become associated—was a blossoming of African American culture, especially in writing and the creative arts.

Hurston attended Howard University in Washington, D.C., from 1921 to 1924. In 1925, she received a scholarship to Barnard College in New York City. While at Barnard, she studied anthropology, which is the study of human beings and their culture throughout time. Among her teachers was Franz Boas, one of the most important anthropologists of the twentieth century. While a student, she conducted research on the folklore of African Americans living in the South. Upon graduating from Barnard in 1928, she studied anthropology in graduate school at Columbia University in New York City.

Along with her intellectual gifts, Hurston also possessed a magnetic personality and engaging sense of humor. As a friend put it, Hurston had “the gift of walking into hearts.” Hurston’s apartment served as a meeting place for local artists. Although she had an active social life, she spent much of her time writing, sometimes working quietly in her bedroom while a party was noisily taking place in her living room.

While in New York, Hurston met and collaborated with the celebrated writer Langston Hughes. In 1930, the two writers worked on a play entitledMule Bone: A Comedy of Negro Life in Three Acts. Unfortunately, the play was never published at the time. In fact, it was not until 1991 that Mule Bone would be available on bookstore shelves.

Hurston published her first novel in 1934. Entitled Jonah’s Gourd Vine, her book was praised for its original approach to portraying the lives of African Americans. In 1935, she published a non-fiction book called Mules and Men. This was a study of the folklore of African Americans in Florida.

Studying African American folklore helped her develop what would become her best-known book, Their Eyes Were Watching God. Published in 1937, the book told the story of Janie Crawford, her three marriages, her journey toward self-reliance, and her identity as an African American woman. In 2010, Time magazine included it on its list of the All-Time BEST 100 English-language novels written since 1923. “This is the great tale of black female survival in a world beset by bad weather and bad men,” wrote critic Richard Lacayo. “It’s a short book,” he added, “but you savor it. “

Hurston went on to teach for many years at the North Carolina College for Negroes, which today is known as North Carolina Central University, located in the city of Durham. She also was a member of the staff of the U.S. Library of Congress.

By the time Zora Neale Hurston died in Fort Pierce, Florida, in 1960, her books were not as popular as they once were. However, in the late twentieth century, there was renewed interest in her work. More than 30 years after her death, the books Spunk: The Selected Stories (1985),The Complete Stories (1995), and Every Tongue Got to Confess (2001), a collection of folktales from the South, were all published for the first time. In 2018, her book Barracoon: The Story of the Last “Black Cargo” was released years after it was completed in 1931. This nonfiction book tells the story of Cudjo Lewis, who was believed to be the last survivor of the last slave ship that brought Africans to the United States. However, publishers in the 1930s rejected the manuscript because its use of vernacular language, or the language of ordinary people and not that of formal writing.

Explaining Why were all-African American communities like Eatonville, Florida, established in the U.S. in the late 1800s?

Analyzing Primary Sources One of Zora Neale Hurston’s friends commented that the writer had “the gift of walking into hearts.” What does this statement mean? How does it reflect Hurston’s personality as described in the selection?

Citing Text Evidence Which facts from the text support the following statement? “By the time Zora Neale Hurston died in Fort Pierce, Florida, in 1960, her books were not as popular as they once were. However, in the late twentieth century, there was renewed interest in her work.”

Listing Read more about the Harlem Renaissance in the library or online. Use your reading to generate a list of five artists associated this movement, including the art form with which he or she is most commonly associated along with the title of one of his or her best-known works. 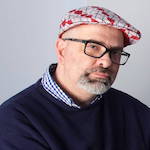